There’s nothing quite like the smell of a warm loaf of bread to make you feel like you’ve arrived some place special. No one knows this better than Amy Scherber, the owner and founder of famous Hell’s Kitchen bakery Amy’s Bread.

Scherber is a Hell’s Kitchen native, having lived in the neighborhood since 1985, and opening her business there in 1992. Specializing in sandwiches, sweets and everything in between, Amy’s Bread has three outposts in New York City, making it not only a Hell’s Kitchen, but a New York culinary staple. Scherber attended the New York Restaurant School, before going on to hone her baking skills in France and has since co-authored of two books, “The Sweeter Side of Amy’s Bread”, and the cookbook, “Amy’s Bread”. Widely recognized as being at the top of her game by critics and customers, Scherber is touted by Dessert Professional Magazine as one of the 10 Best Bread Bakers in America. Like so many iconic New Yorkers, Scherber and her business grew from the heart of the city, Hell’s Kitchen. We spoke to her about her deep ties with the neighborhood. 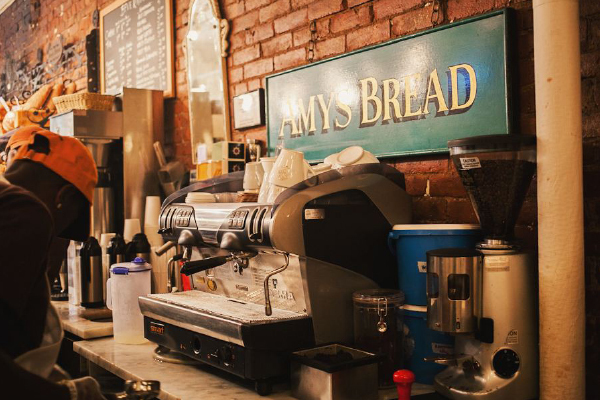 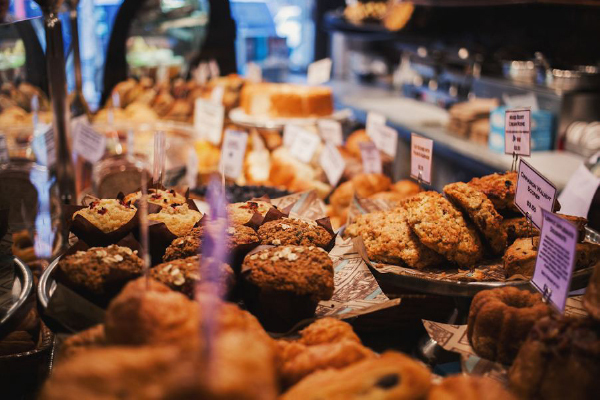 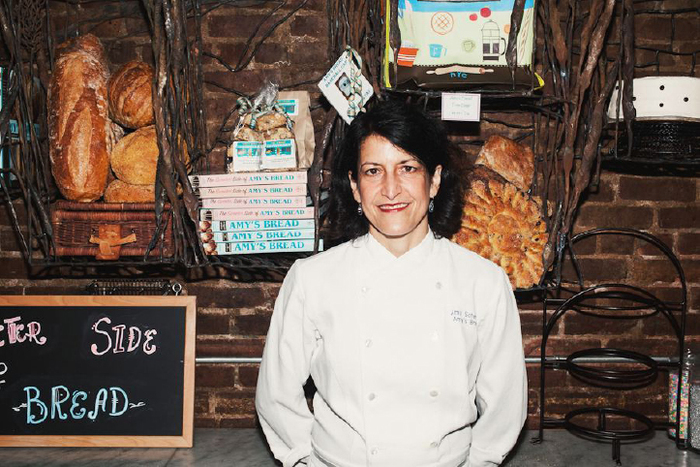 What first attracted you to the Hells Kitchen area?

My first apartment was in Hell’s Kitchen... It was the early 80s. When I went to culinary school I would walk to school, which was on 34th Street. I think because I love to walk, I would just explore the neighborhood from top to bottom. There were a lot of food places around there. There were two ravioli shops, a Greek bakery, an Italian bakery...

I was just fascinated by all the food that was around there. What “hidden gem” have you found?

One place I really like is Bar Bacon, it’s such a good place. The food is really good and they actually use our bread. I’m not just saying that though because I think their chef is really clever and their food is really excellent. We also go a little further over to the wine bar Ardesia. That’s a fun place for relaxing, having some snacks, a glass of wine, there’s great ambiance in there.

What is your Favorite store?

Westerly. There’s no question. I don’t go anywhere except Westerly and the Farmer’s Market. The [Greenmarket] is at 57th Street and 9th Avenue and it’s on Wednesday and Saturdays so you can get fresh produce from the local farms. And then Westerly has every ingredient that you need. It’s natural, it’s well chosen and even though it’s a natural food store they have reasonable prices.

I think ours is the best frankly. I love our coffee. It’s really excellent. We make really great cappuccino. And we have cold brew iced coffee, we use a Brazilian roast which is such a delicious coffee and we have it cold brewed for 24 hours so it has a really nice smooth taste.

What’s your favorite thing to order at Amy’s Bread?