El Colmado is one of Hell’s Kitchen’s culinary treasures. Artfully tucked away in a nook of the Gotham West Market, the Spanish tapas restaurant and wine bar is the creation of Chef Seamus Mullen. Like Hell’s Kitchen itself, El Colmado is a quiet respite from the world surrounding it, a romantic oasis where one can slow down, sip wine, and enjoy the tastes of Spain in the middle of the city.

Chef Mullen has created a local institution, known for its modern take on Spanish food. Having cooked in Spain, Mullen’s expertise with the cuisine is nothing less than exceptional. Add to that a childhood spent on an organic farm in Vermont, giving him an appreciation of real, wholesome, produce, there’s no questioning the genuine care and quality that goes into Mullen’s menu. Approaching Spanish food with a zealous authenticity, El Colmado still manages to be unpretentious and approachable, just like its captain. Mullen has many accolades to his name, from his award winning restaurants Boqueria and Terulia to his his appearances on television’s The Next Iron Chef and Chopped as well as publishing a cookbook, Hero Food, and yet he still maintains a prideful hands on approach at El Colmado. 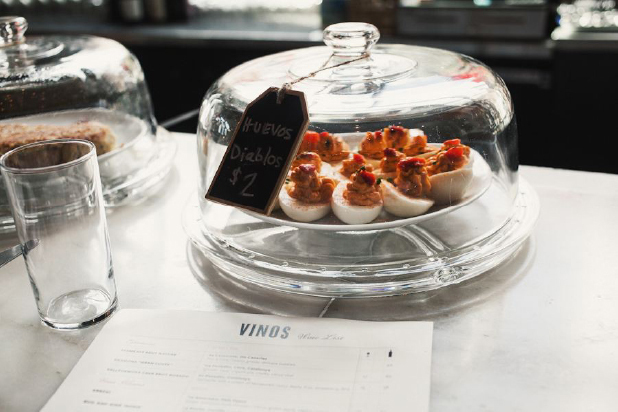 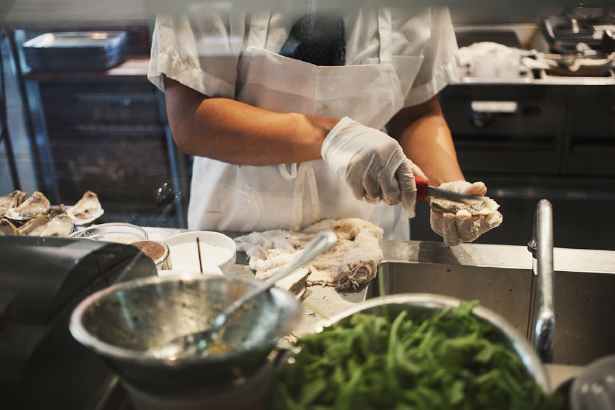 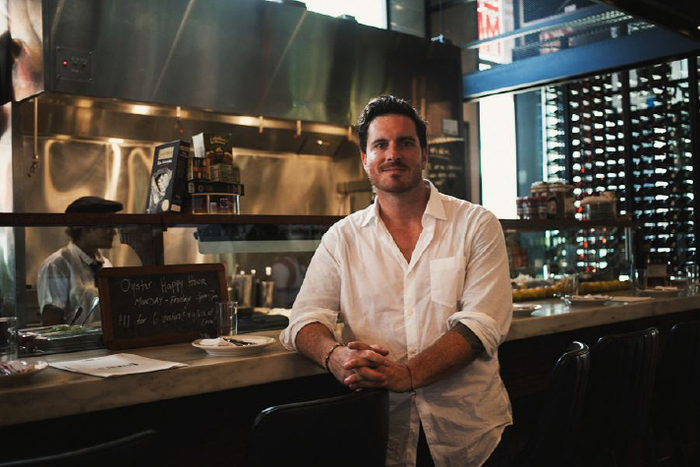 What first attracted you to the Hell’s Kitchen area?

I was excited to be part of a neighborhood that is changing in such a big way. Where we are over on 11th Avenue, it’s one of the last frontiers in Manhattan, and it was a fantastic opportunity to be a part of a growing and evolving neighborhood. I’m happy we’ve created a great space to eat and drink.

What “hidden gem” have you found?

I found a lovely community garden tucked away on 51st Street and the corner of 11th Avenue—I discovered it one day when visiting my friend Lior at his shop around the corner. It’s called the Juan Alonso Park & Community Garden. I grew up in rural Vermont but I’ve been in the city for a long time, and sometimes I forget how much I crave nature and greenery. I love how there are more and more green spaces and gardens like this around the city.

What’s unique about the food scene in Hell’s Kitchen?

I think just the sheer variety of food options in Hell’s Kitchen is what makes it really unique. You have 9th Avenue in the 40s with its incredible stretch of ethnic restaurants—Ethiopian, Peruvian, Turkish, Carribbean, you name it. You have wonderful sophisticated but laid-back wine bars like Ardesia and Casellula; and then excellent higher-end options like Esca and Print. And of course, Gotham West Market!

Where is your favorite place to eat (other than El Colmado)?

I love Danji, Hooni Kim’s Korean restaurant on 52nd Street. I think our ethos are very similar—taking very traditional flavors (in his case, Korean, and in my case, Spanish) and interpreting them our own way. The space feels modern and fun, and the food is delicious.

Can I give two answers? One of my favorite stores is my friend Lior Lev Sercarz’ spice shop La Boîte, on 51st and 11th Avenue. Lior is a chef and THE master of spices—just ask any chef in the city—Lior is the go-to guy. He makes incredible blends from spices he gets from all over the world—I use them at home and at my restaurants all the time. My second answer is not a store technically, but I love the Hell’s Kitchen Flea Market. I’ve unearthed some great gems there over the years.

What would you recommend as the perfect evening out in Hell’s Kitchen?

My idea of a perfect evening out in Hell’s Kitchen would be cycling with my wife up the West Side around early evening. We’d head to Gotham West Market and valet our bikes at NYC Velo (how awesome is that!), and grab a pre-theater dinner at the Market. We would probably get a few dishes to share from the Cannibal, Choza Taqueria and our tapas bar El Colmado. Then we’d walk over to the Theater District and catch a play or a musical. If we’re feeling peckish afterwards, we might walk over to Casellula or Ardesia for a late night glass of wine and some cheese and charcuterie.